Request A Call Back

Request A Call Back

Fill out the form to request a call back from one of our Topline Steel Building Specialists. We look forward to talking to you. 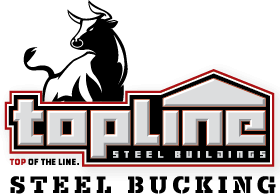 Topline Steel Buildings has always pushed the boundaries of what a steel building can accomplish. We’ve built churches, stores, greenhouses, workshops, and even office spaces with all the amenities of a traditional building.

Here are a few famous steel buildings from around the world that we like even though we didn’t have a hand in their construction!

The Gateway Arch – St. Louis, MO, United States
Called the “Gateway to the West,” the Arch of St. Louis has been one of the most impressive man-made structures in the last 50 years. Measuring 630 feet at its peak and constructed of stainless steel, this monument is the world’s tallest arch. This beautiful steel structure defines the St. Louis skyline — a city famous for the St. Louis Cardinals and rock legend Chuck Berry.

The Eiffel Tower – Paris, France
The French have always been expert artisans in a wide range of subjects. It’s no surprise that they were one of the first to perfect the construction of steel buildings. The Eiffel Tower has been an iconic steel structure since 1889 when it was built for the World’s Fair. At 1,063 feet, it was the tallest building in the world until it was topped by the Chrysler Building in 1930.

Willis (formerly Sears) Tower – Chicago, IL, United States
New York made skyscrapers famous, but Chicago took the prize for tallest building in the United States. Built in 1973, the Sears Tower dethroned the Empire State Building as the tallest structure in the world at the time. The Willis Tower is supported by special steel beams that protect it from the ferocious Chicago winds of Lake Michigan!

Most Famous Steel Buildings in the World